To successfully take up the challenges of the aeronautics sector, Latécoère has chosen to invest €25 to 30 million in a new plant in Toulouse.
Latécoère incorporates into its digitised and automated plant the manufacture of basic parts, first entrusted to “best-cost” countries. The project entails a complete overhaul of the industrial organisation, working methods and information systems.
As such, an industrial partnership has been set up with the digital platform suppliers in order to provide digital continuity throughout the project’s stages.

This project has been labelled in 2017.

100% virtualisation for the design and execution system of a new 100% automated factory, making it possible to relocate large series. 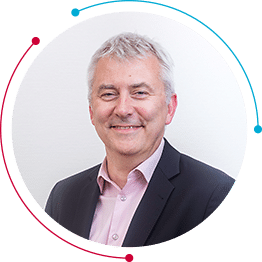 The digital mock-up of the Toulouse plant enables all the project’s players to interact and collaborate, to design, simulate, operate and optimise their industrial operations.

French industry is deeply involved in the mobility of tomorrow. @Alstom With…