ENGIE is the leader in renewable energies in France. This is why Engie’s French teams are spearheading the Darwin project, which falls within the scope of the digitisation of the Group’s activities.
It has two main components:

Seeing the heterogeneity of its green energy base components and the digitalisation of the energy market, Engie decided to launch the Darwin platform in order to centralise management by connecting the entire global renewable base.
By analysing and mining the data collected, Engie has been able to better position its maintenance slots, optimise its costs, improve its performance (by detecting underperforming equipment) and better integrate the intermittent renewable fleet into the energy market.

This project has been labelled in 2018.

Thanks to the Darwin digital platform, Engie is centralising the management of its global green energy fleet and using data to improve the performance of operations. 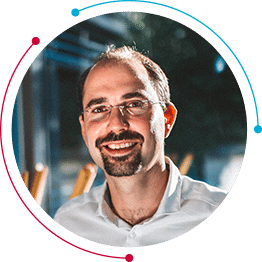 The Darwin digital platform, a major innovation developed by Engie, makes it possible to unlock considerable performance potential for our operations and thus contribute to achieving the objectives set by the Group, the global portfolio of which will be composed of 25% renewable energy in 2021.

French industry is developing innovative solutions to face the climate…